A Thank You Message and Upcoming Updates 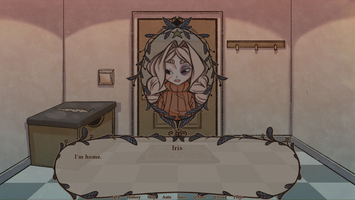 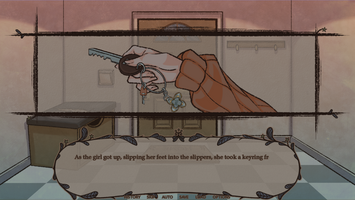 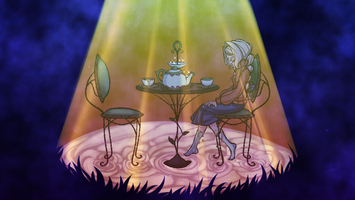 First of all, I'd like to start off by thanking everyone that played and has gotten interested in this VN, especially in a time like this, where there are already so many neat games and VNs out there. It's a bit hard to keep up with the market, especially if you are busy with your own (school)work, I'm very grateful that you'd take the time to play the first version of the demo, even if it's not as polished yet as I want it to be. Also, to everyone who filled in the surveys, an extra thanks as this data is quite helpful for the further development of this game, plus it helped me graduate! I appreciate it!

I'm quite surprised and flattered that there are people that took the time to make a LP of this? Haha, that kind of threw me off and was a bit of a shock, I just didn't expect this to be picked up at all so, thank you guys for that too, I'm truly grateful. As our uni's exposition was yesterday and the day before yesterday, it was a bit of a hectic time, so I had little time to be online. I was told by a classmate that this project was popular among visual novels on here, which was also a bit of a surprise.

(Note: Scroll Down if you just want to see a clear overview for what the next version will have)

Anyway, as for the upcoming updates, the current state of the game is more like a pre-demo than the actual 'full demo'. The 'full demo' is supposed to contain Day 1, Night 1 and the proper GUI screens as they will be later in the game. I already have buttons ready to replace the poorly visible menu at the bottom of the screen, it just wasn't a priority to finish that yet. In the final demo version, Day 1 and Night 1 will be completely polished to show how the game's complete release will look like, so the mouth flap will stop when it needs to, there will be beep sounds when characters talk, there will be screen flash effects (like in Ace Attorney) etc. etc. If I were to make a guess to how it'd take until that version is done, I'd say about 2-3 weeks, maybe more if I get issues due to my inexperience with Ren'Py.

The current version of Day 1 is quite dull, it's boring to look at visually. It's just text, text and text. Like that, it might as well have been a regular novel, right? So to prevent the players/readers from getting bored a lot more action cut-ins will be added, the sfx will help with the delivery as well. While at the exposition, the demo was played quite some times, and some lines just annoyed me, due to how unsophisticated they read and how unnecessary they were so the dialogue will be adjusted a little bit.

A critique that came up in the survey was that the music for Day 1 was too tense. It was as if something was about to happen and then kind of left one hanging when nothing did. This is something that Tyas, the composer, and I have noted as well, so a new version has been made to properly fit that day's mood. The Night scene will finally get music too! I've already heard it, and though it isn't completely finished yet, it's a delightful track. All the new tracks are. That music will be implemented in ver_0.3, this music had also already been implemented at the exposition so those who visited it will know just how dope the new tracks are, haha. There are a few things I still wish to discuss the tracks I currently use, but I'll ask for feedback when the time comes. Another criticism was in regards to the font, that too will be adjusted a bit. Initially it looked better due to another outline, but as it is now, I have no choice but to keep the current colours of outlines. The previous outline looked awful in the menu, so this current look was a bit of a compromise. I don't think I'll quite fix that before the final version because it involves me properly separating the main menu from the game menu and tweaking the menu, I'm currently using the standard menu that Ren'Py comes with, but I want to change that. I'm just a bit afraid of ruining everything or making a poorly functioning menu. So I'm procrastinating on this a bit, sorry. I did, however, get a recommendation for another font in the surveys, so I'll look into that.

I could release the version of the demo that I had at the exposition, but that one will leave you hanging once again, and I don't want to do that, that's just a bit mean, so I'll add some more before releasing the update.

Umm, anyway I'm rambling a bit so here's the overview. In the next version (Ver_0.3):  - More Cut-Ins - Day 1/Night 1 Complete, including the first choice and first bad ending - New BGM tracks - Louder SFX (as usual, the volume can be lowered in the menu) - Talk bleeps (Maybe)

In the Final Version of the Demo (Ver_0.4): - Even more cut-ins - Optimized GUI - Screen flashes/shakes (depending on what looks better) - Mouth flaps and Text beeps will stop when the text stops. - First NPC will be animated too (I'll be real here, it's not going to be that amazing, but you'll understand once you see the character) (This might be added into the next version though)

Also as for the plans for the full release, I want to release the full game on Halloween, my favourite holiday(even though we don't celebrate it here). I think it's the most appropriate timing for it, if that doesn't work out, it will come out around Christmas. Honestly, I'm not sure what going to happen with the future at all, I mean it's sort of stable, but at the same time not really. I just graduated, yet I have no idea what the hell to do, it's kind of like being thrown into the deep without learning how to swim first. Even if I get another job, I'll make sure to deliver a wonderful VN, I spent so long on crafting this story and planning out the details. The privilege I have now is that no one, except for my friends, knows the kind of stories I create and the twists that come with them.

I'm still a bit tired from the past week, so I hope that you guys don’t mind if I’ll respond to things tomorrow or the day after, I’ve had very little sleep this week.

A psychological horror story based on the phenomenon of photopsia.

I am looking forward to this game’s story very much. Although Halloween/Christmas is a very long way away, it is definitely worth taking the time to do it the way you want. You have made something very special with Iris and the world around her. You have made it your own. I can say this has become an indie phenomenon over the past few weeks. You have a great start, please keep the community updated on your progress!

Ahaha, thank you very much for your kind words. I actually updated it today so if you're still interested, I hope you'll enjoy the new build.
An indie phenomenon is maybe a bit too hig h praise for a little demo like this, especially with the limited amount of content  that had been in the old version, but I hope it will take off and do well as more content is added and the horror is slowly explored.
Unfortunately, communication is something I'm awful at, but I'll do my best to improve it from now on.

I have it downloaded and I can't wait until I have time for it. It's been a while so this is something I am definitely looking forward to after such a fond memory from nearly four months ago. I'll let you know once everything is processed, thanks for the heads up!